Part of the exhibition: The Nineties: A Glossary of Migrations

I have to get to liberated territory. When I get there, and breathe in that thoroughly conscious high altitude air, I shall write my greatest poem, the only really great one worth living for.

German military sources refer to temporary free territories as “floating islands”. In war conditions, life went on as usual and new rules were made on liberated territories, and the activities of the new government continued even after the partisans left these zones. How to reach free territories today? What are we alchemizing and sublimating today on territories of temporarily realized freedom? What are today’s vectors of the practice of freedom; where do we have to go, to emigrate; how can one become a migrant of an imposed everyday life in order to realize thought on freedom and free thought as emancipatory practice for all?

In 1991, a collective of Yugoslav artists in the making met, just before emigrating, at photo shoots (Where Am I When My Country Calls Me to War?, Belgrade 1991), in letters from exile and in the Belgian student’s city Louvain-la-Neuve as extra-territory. Through temporary “occupation” over the course of the art actions (Small-Mini-Micro Magic, Burying Artworks with the Goal of Excavating them When the War Stops), their aim was to symbolically contribute to the liberation of territories in a world that was in a permanent state of war.

Collective Migrative Art, later called E-I-Migrative Art, was formed as the answer to the occupation of the entire Yugoslav space in 1991.

Twenty-eight years later and almost seventy years after the first liberated territories of 1941 in Užice (the free territory of the Republic of Užice and/or Partizanska Drežnica, in the same year), the exhibition The Nineties: A Glossary of Migrations, which is part of the project New Mappings of Europe, at the Museum of Yugoslavia, reopens the possibility of questioning the same topics in the present circumstances of a seemingly pacified context: encirclement of a new kind. Are we in a permanent state of siege and war via different means, without typical methods of declaration of war? What is the view today on the free temporary territories of the partisan war, expressed through the historical, self-organized figures of guerilla organization of freedom: partisan hospitals, refugee camps, free education and artistic actions – on the present temporary free refugee territories reduced to places of shelter, healing and tending of wounds, in the context of a large global wound – mass exile and migrants? What are the benefits of temporariness, of transit? How to reenact the Yugoslav partisans’ gesture of mobility and work on permanent but transitory choreographies treaded by the partisans and experiment impossible breakthroughs and meanders of freedom? Which poem, on which free territory, has yet to be versified by each of us and launched against the great injustice of the world?

From the Free Temporary Territory

From Partisan’s Liberated: Territories to the Present Migrant Routes: Monuments and material culture of refugees in Gorski kotar and Drežnica

Migrative Art: A Poetic-Political Intervention at the Catholic University of Louvain la Neuve 1992-1995

Guiding tour through the exhibition

Art and Migration of Free Territories

Free Temporary Territories in the Universe 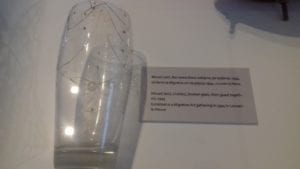 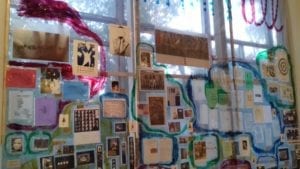 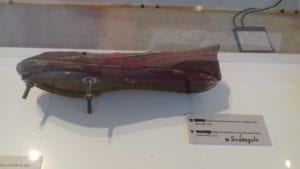 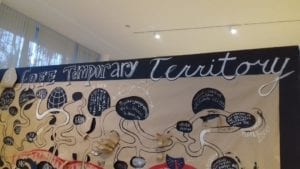 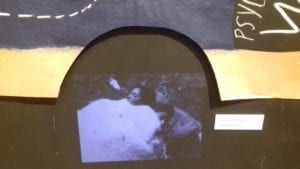 The Origins: The Background for Understanding the Museum of Yugoslavia

Creation of a European type of museum was affected by a number of practices and concepts of collecting, storing and usage of items.

Laboratory of the Museum of Yugoslavia

Second stage of the work on the permanent display

The Continued Renewal and Summer Scheme