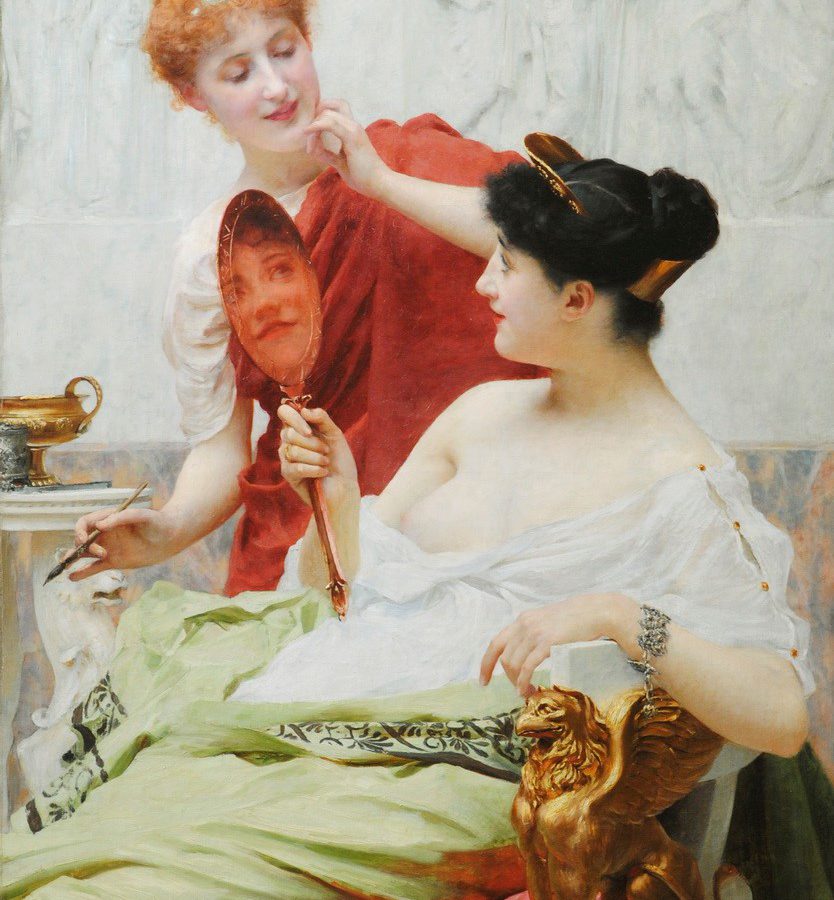 During his Paris phase (1877-1893), Vlaho Bukovac painted a series of female figures in pseudo antique clothes. His return into the ancient past could have been driven by neoclassical spirit that reigned at the French Academy when Bukovac enrolled in 1877, or by the orders of wealthy English clients eager for paintings inspired by the ancient mythology. The ancient motifs in painting at the turn of the 19th and 20th centuries lost the ethical function they had in the classicism of the previous century and had only an aesthetic intention to place the genre scene in the ancient background – the chair was decorated with gold griffins, and the stone table with antique box was enriched with lions’ heads. This work of art was placed in woman’s bedroom of the former residence of Josip Broz Tito, and presumably was specifically purchased for interior decoration by Ante Topić Mimara.