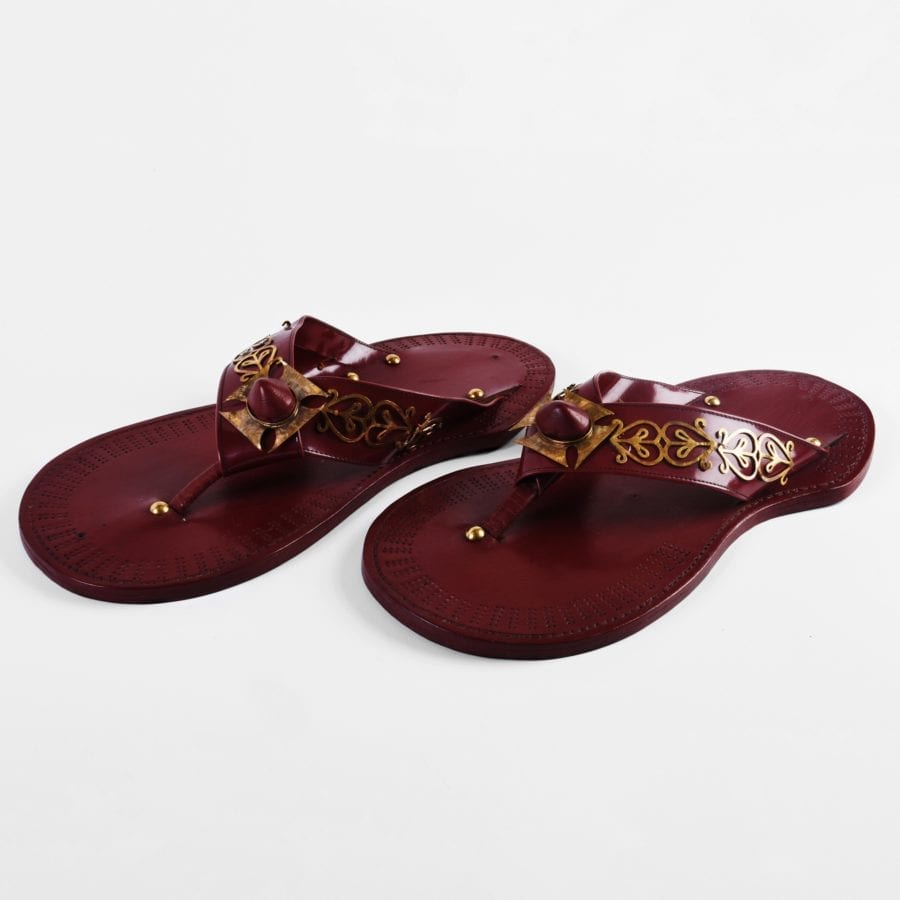 Kwame Nkrumah was the first President of Ghana since the country gained full independence from the British rule (1960). When Tito first visited Ghana in 1961, among other things, Nkrumah gave the Yugoslav president men’s slippers (ahenema). They symbolize willingness to a long journey, with a message related to good long-term results of Tito’s visit.  The decoration on the straps, hearts that come together (Odofo-nnyero-kwon), mean– lovers never get lost. Symbols of happiness (Kerapa) are placed on the knot, where the straps connect.

Due to the close diplomatic relations between FNR Yugoslavia and Ghana, both leaders became the key founders of the Non-Aligned Movement (1961). The result was a concrete economic cooperation. Yugoslavia approved loans to Ghana, sent experts, and helped Ghana build a naval base.

During the same visit to Ghana, Tito gave to Nkrumah a car crvena zastava 1100 (produced in Yugoslavia),  and to his wife, Fathia, a set of violet crystal plates and a set of Idrija lace. The Yugoslav delegation brought a number of valuable gifts, including: an X-ray machine Morava to the city of Accra, a cinema projector to the University of Accra, a radio and two sets of toys to the city hospital.