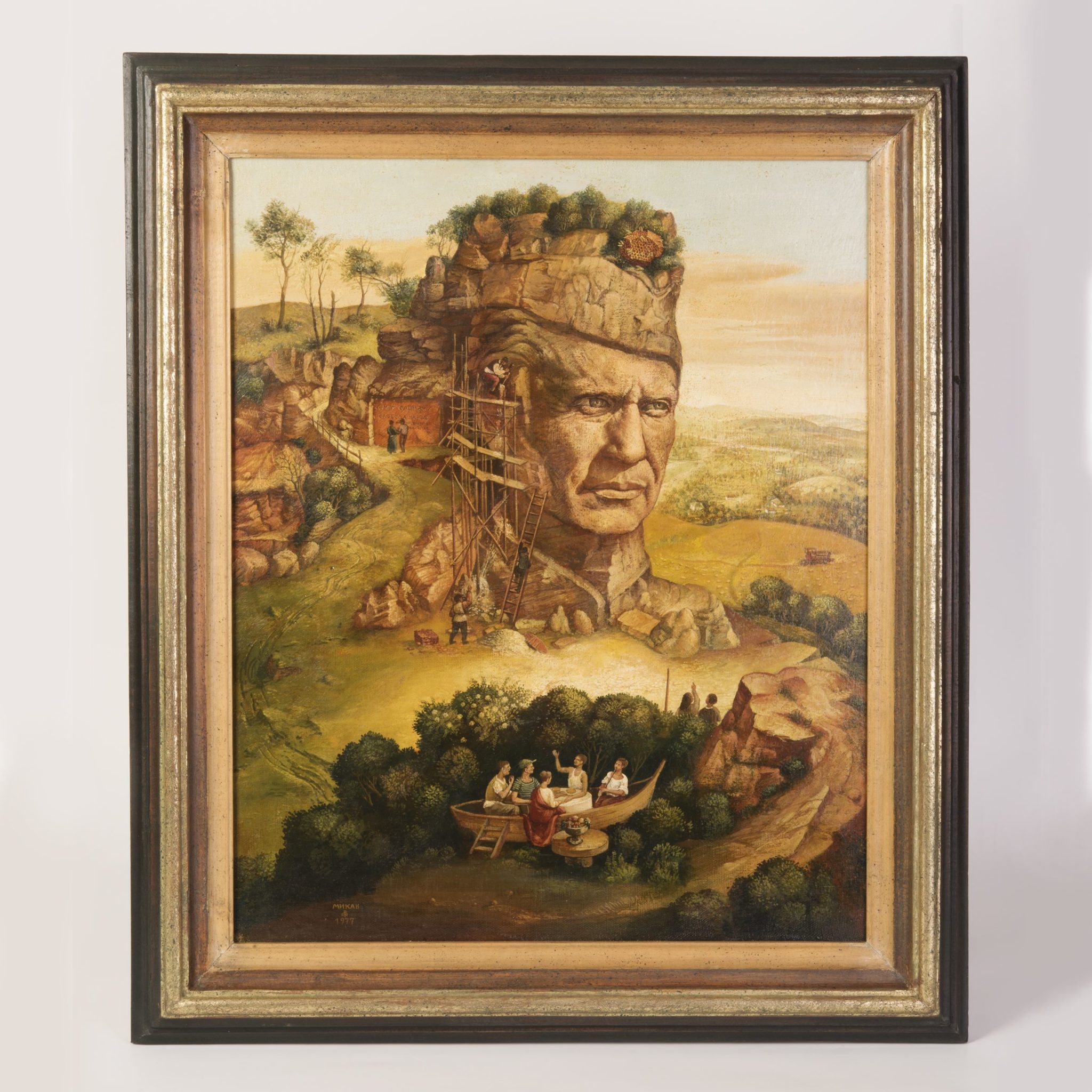 The painting “ Vigil – Fruits of Peace” is a symbolically strong, even subversive scene, depicting Yugoslavia as Arcadia. A group of people in a boat symbolizes life in a non-existent paradise, while Tito’s carved figure emerges from a monumental rock in the background.

It is interesting that above the five-pointed star on Tito’s cap there is an image of honeycomb with bees, the ancient symbol of the god Ra, Jesus Christ, papal Barberini family, and Napoleon. The bees can be interpreted as the source of leniency and grace on the one hand (the honey they give), and of rigor of justice on the other (the sting), as a clear parallel with the dualism of Tito’s rule and his image that ranged between extremes: from nostalgia to hatred.

The Central Committee of the League of Communists of Yugoslavia objected nothing to the artist, it just asked him why was the sculptor who was carving Tito’s bust located next to his ear and what did he whisper to him.