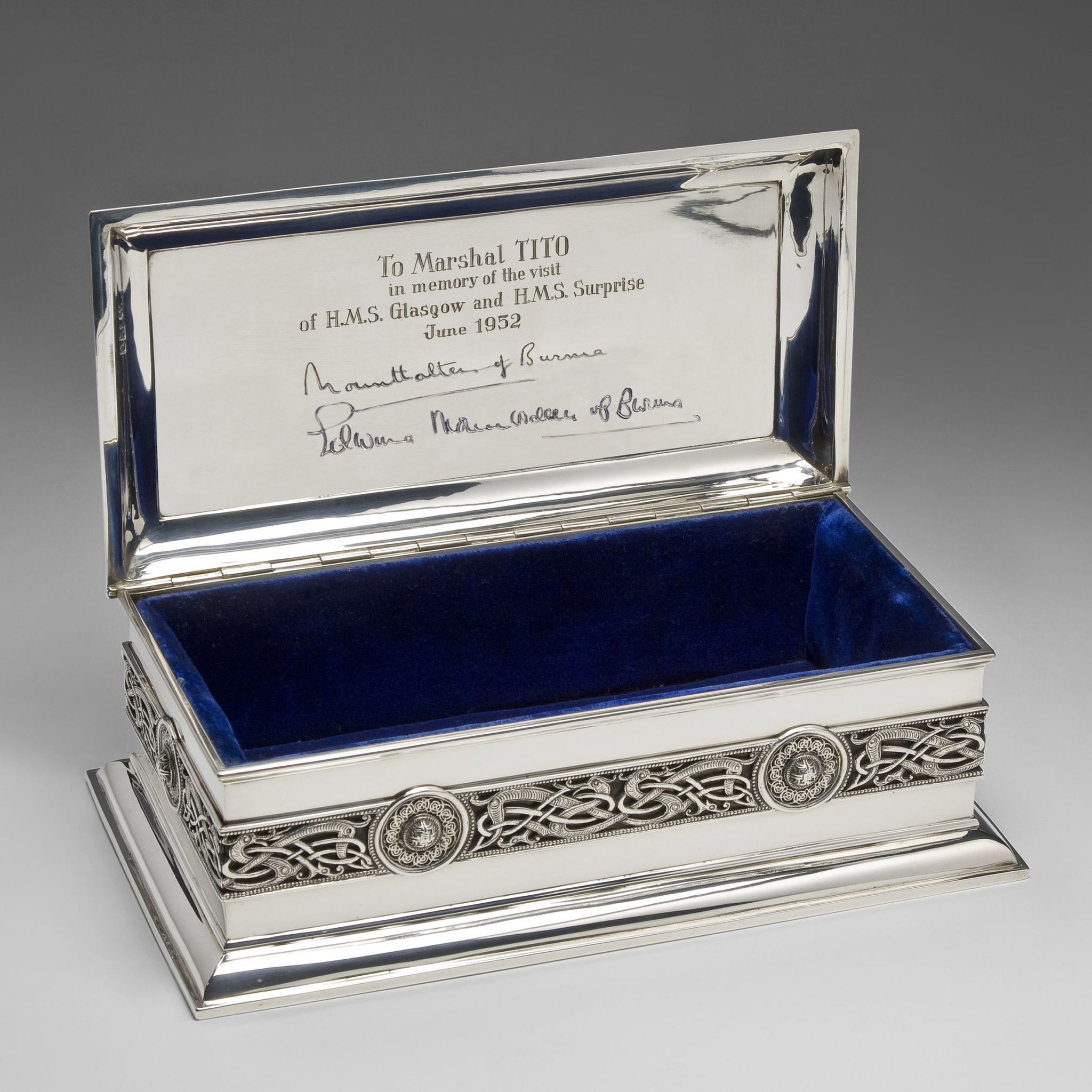 When it comes to ceremonially exchanged gifts at the state level, Josip Broz Tito often received, but also gave, objects manufactured in silver. Rectangular jewelry box formed as a chest, with a frieze along the sides featuring rosettes and relief images of the entwined serpents and plant tendrils, is a luxury item of superb craftsmanship. Like a large number of items from the collection, it is personalized with the dedication engraved on the inside of the lid: “TO MARSHAL TITO IN MEMORY OF THE VISIT OF H.M.S. GLASGOW AND H.M.S. SURPRISE JUNE 1952”. This gift has a special significance because it was given to Tito by the admiral Louis Mountbatten, Earl of Burma and commander of the British fleet in the Mediterranean, during their meeting on the command ship “Glasgow” near Brijuni Archipelago on June 27, 1952. It announced the improvement of relations with the West, and the comeback of Yugoslavia to the international political stage after diplomatic defensive in which it had been since 1948, following the conflict with the Soviet Union.