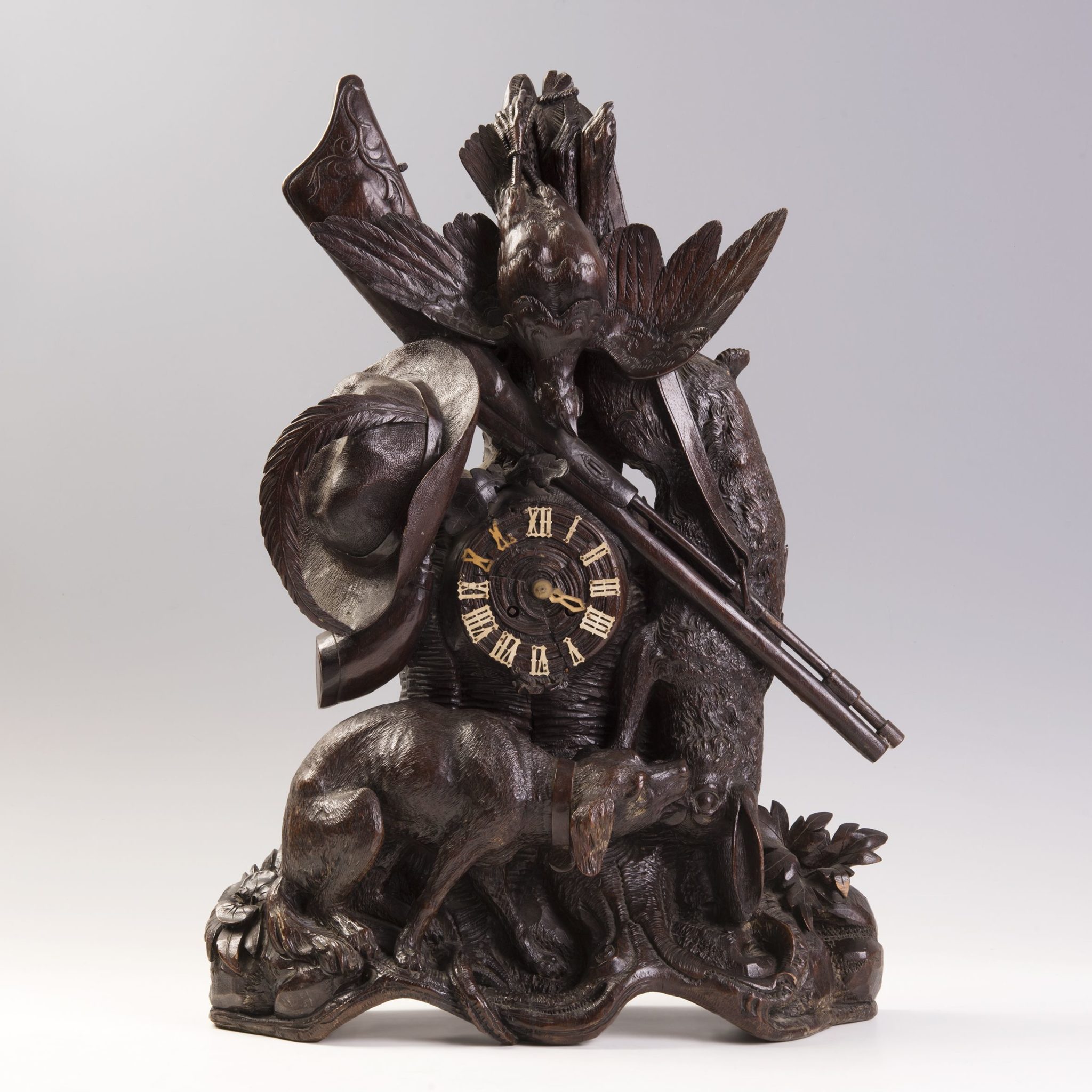 The residence of Josip Broz Tito in 11-15 Užička Street, the symbol of Yugoslav fraternity and unity until 1991, was destroyed during the NATO bombing in 1999. The park around Tito’s residence was considered the most beautiful in Belgrade. Deeper in the park of the villa, there were also two facilities for relaxation and rest, Billiard House and Hunting Lodge.

The authentic interior of these objects was equipped with modern furniture and appliances, such as coffee machines, pool tables, modernist Rex Chairs of renowned designer Niko Kralj. Part of the ambient space was made up of various decorative items, mostly gifts, such as vases, figures, books, and fireplace and wall clocks. On a fireplace in the Hunting Lodge, a clock was made of natural brown wood in a hunting style, in a deep relief of floral and zoomorphic ornaments. Skillful hands of the artisans made naturalistic figures of caught pheasant, hare and dog, completing it with a feathered hat and a rifle. A dial with Roman numerals in the central part, which mirrors the gods of wood, was decorated with petals.