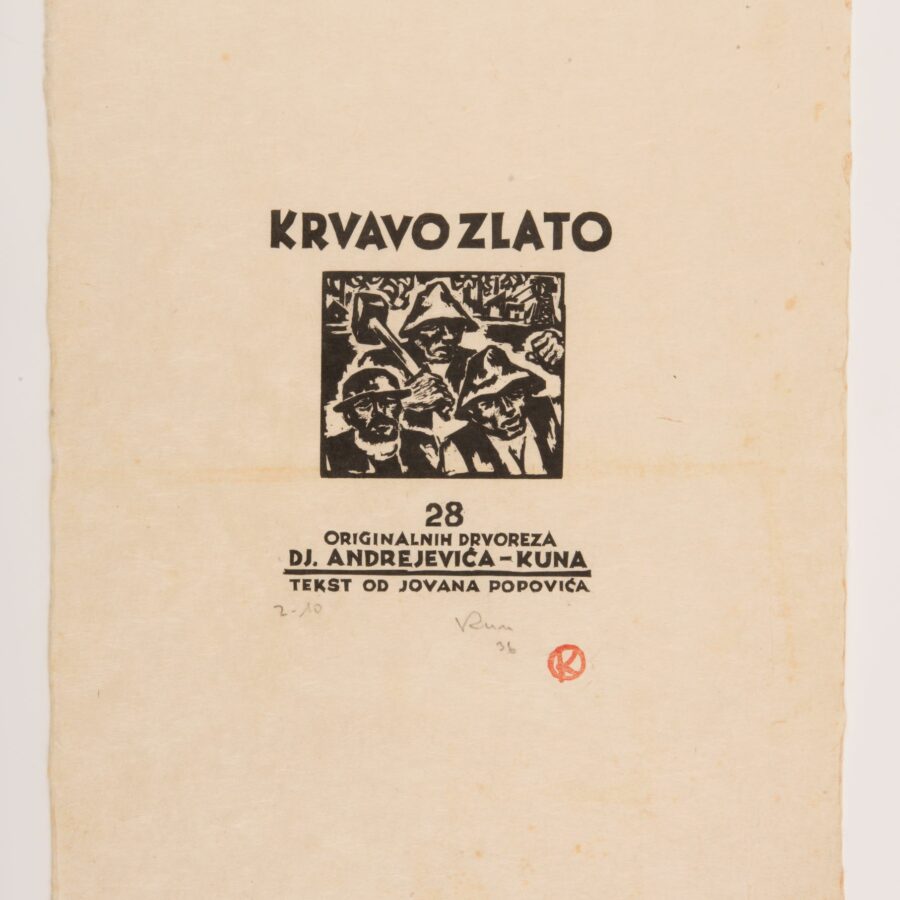 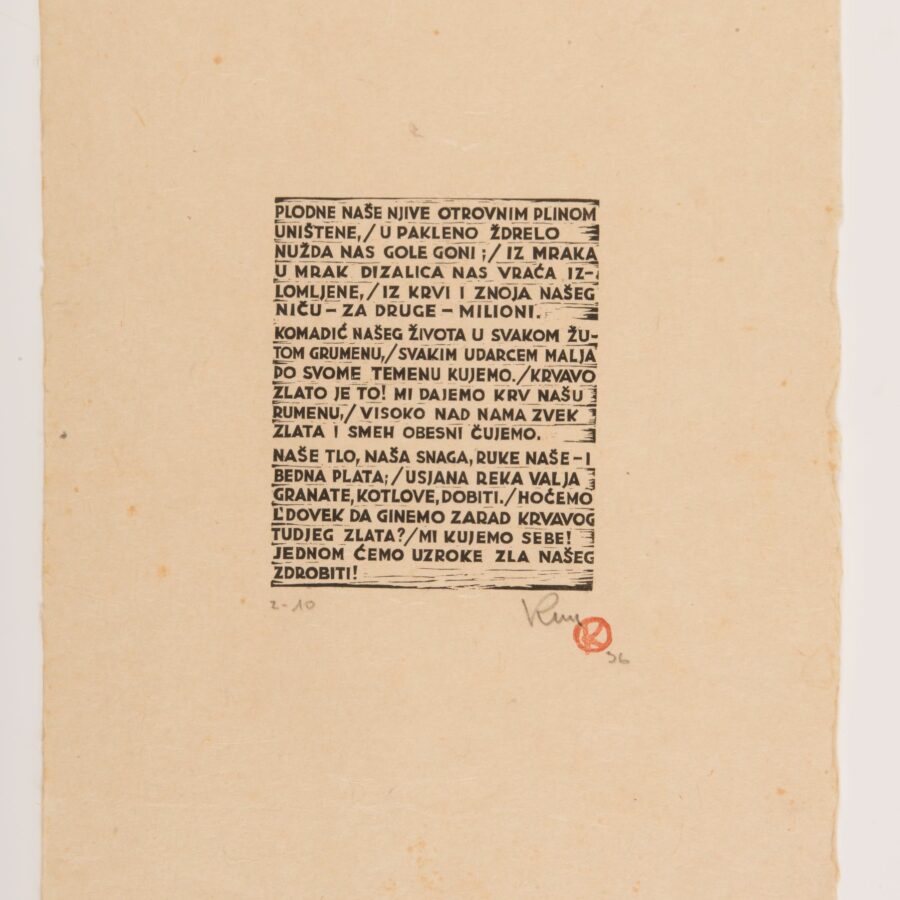 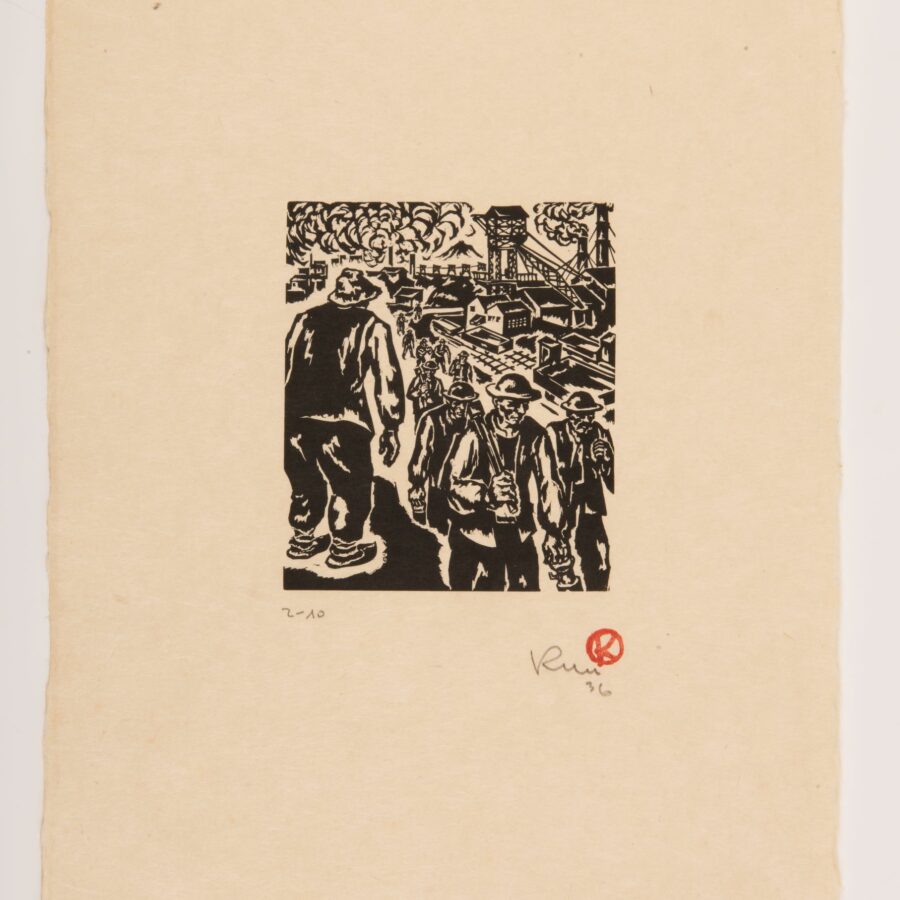 With a cycle of 28 woodcuts, Kun illustrated the “novel in pictures” through realistically depicted scenes from the life of Bor miners, telling a story that is a tragic testimony to the process of modernization that took place in this mining city. It is a story about peasants who had to give up farming, which could no longer feed them, because the land was poisoned by factory waste. In the struggle for mere survival, they had to put on the mining clothes, enter pits and accept hard work to get a minimum for human existence. This print portfolio is one of the major achievements in the history of Serbian socially engaged art due to its strong social message in the spirit of combat realism.

The engravings from the portfolio Blood-Soaked Gold, which were banned and confiscated by the Belgrade City Administration immediately after printing, were based on drawings made by Kun in Bor, where he had stayed for a month among miners under strict supervision by the police and the city administration.