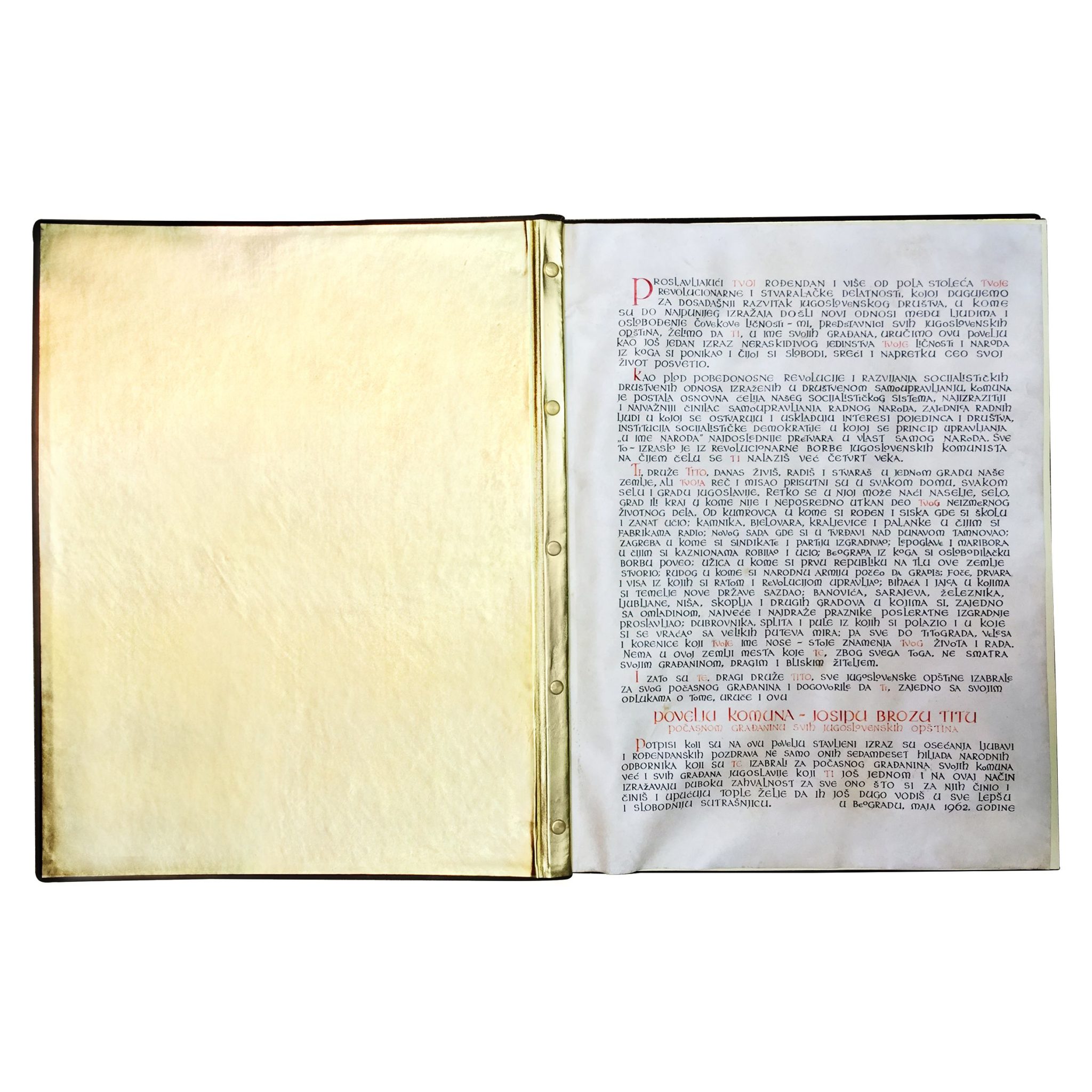 The first charter of an honorary citizen was given to Tito by the City Council of the City of Split, on October 26, 1945, to mark the first anniversary of the liberation of the city. In the same year, the city of Zagreb declared Tito as the honorary citizen, followed by Ljubljana, Skopje (1946), and Belgrade (1947).

An important date in awarding the title of honorary citizen was the year 1962, when, on the occasion of his 70th birthday, Tito received the so-called Charter of Communes from the representatives of all Yugoslav municipalities. Eight hundred sixty three municipalities declared Tito an honorary citizen on that occasion!