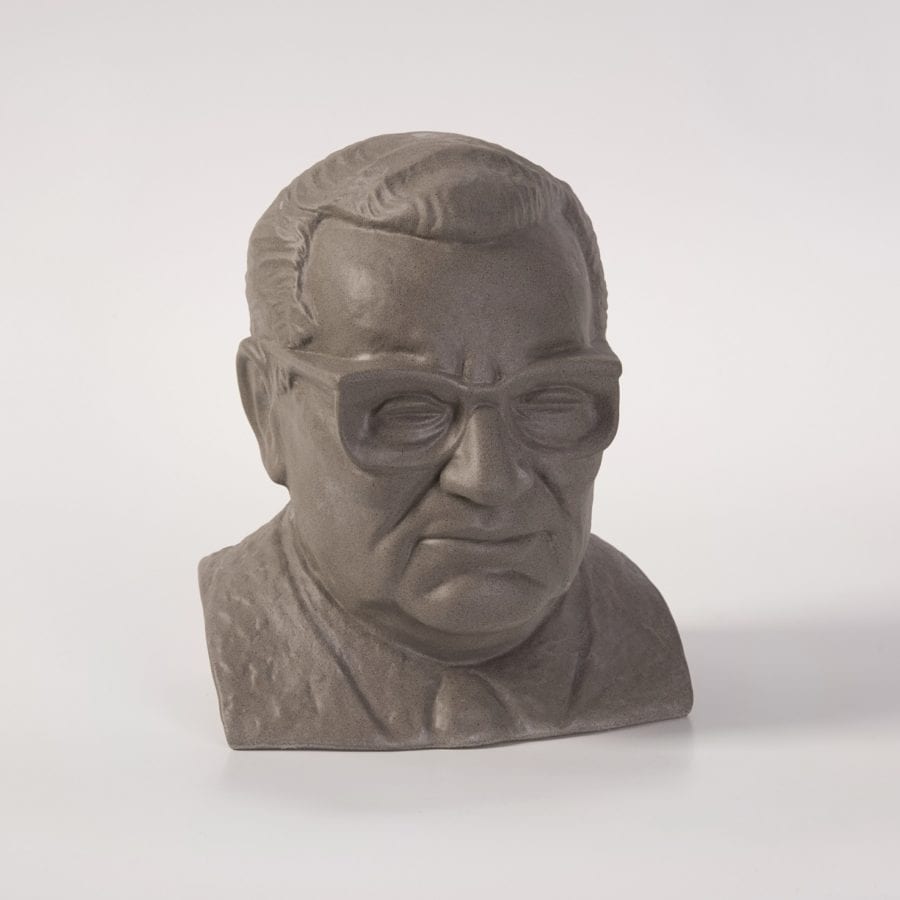 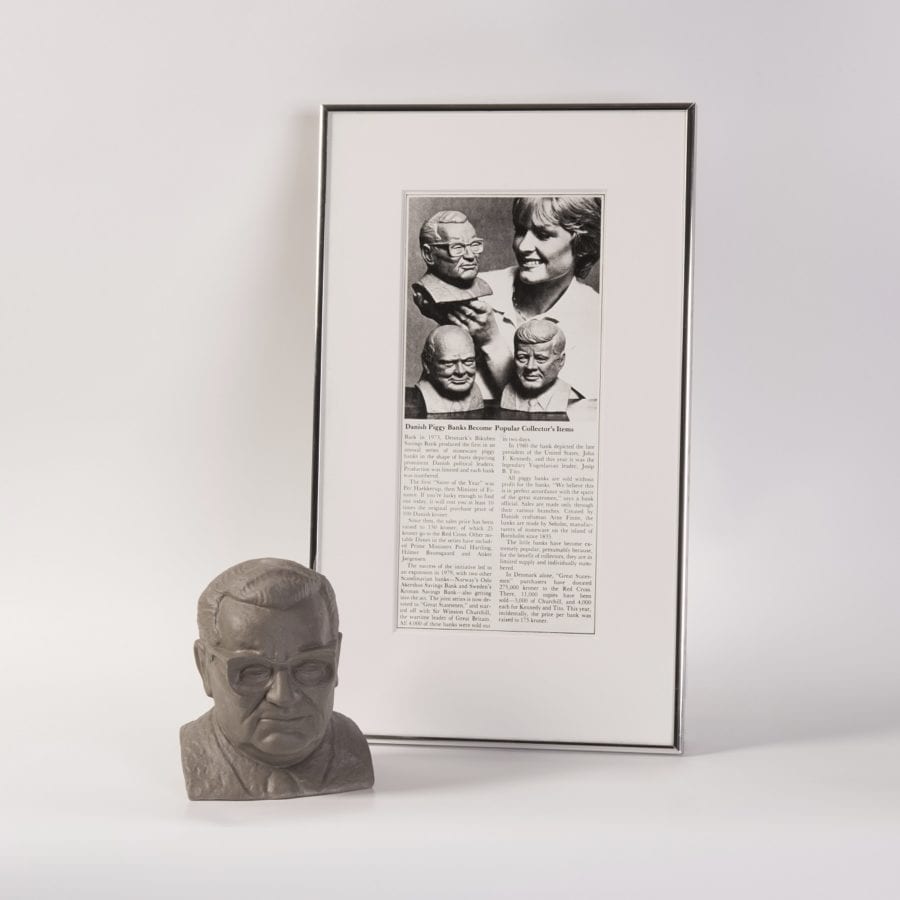 In 1981, The Bikuben savings bank made a savings box in the form of Josip Broz Tito’s bust. The savings box was made by the famous Danish ceramic workshop Soholm in 4000 copies. The money earned by selling the savings boxes was donated to the Red Cross. This was the third such savings box in the series Great Statesmen. Previously, Winston Churchill (1979) and John F. Kennedy (1980) were honored in that manner. The series continued during the 1980s. After Josip Broz Tito’s saving box, they made saving boxes in the form of busts of Charles de Gaulle (1982), and Anwar el Sadat (1983).

On the occasion of the Republic Day, The Bikuben savings bank donated saving boxes to the Embassy of Socialist Federal Republic of Yugoslavia in Denmark, along with promotional text in English language. Two additional saving boxes were given to the Embassy with a request that they be forwarded to Broz family members. The Embassy sent them to the Federal Ministry of Foreign Affairs in Belgrade, asking that May 25 Museum keep one of the savings boxes and promotional text.

Based on this savings box, the Museum of Yugoslavia created a souvenir available in various colors.

Maps of lithographs “The Pit"