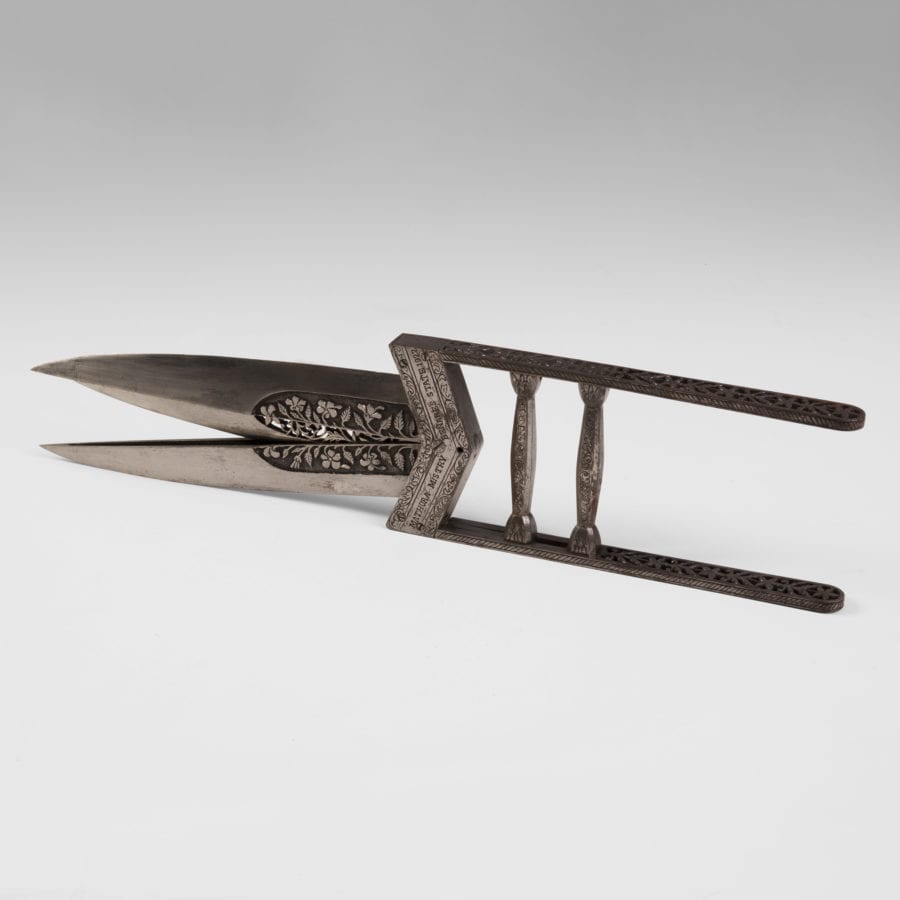 On his second official visit to India, in 1955, Tito also visited the northern Indian state of Uttar Pradesh and the famous holy city of Varanasi (Benares). There, he met Vibuti Narayan Singh, the last Maharaja (provincial ruler) of Benares who annexed the area to the Indian Union (after gaining independence from Britain in 1947). Maharajas of the Narayan Singh dynasty were very prominent Hindu religious leaders because they were considered to be incarnations of the god Shiva.

During the meeting, Singh gave Tito a dagger Katar. This type of dagger is one of the oldest and most characteristic Indian blades and is specific for its horizontal handrail, which makes it a fist extension. Some specimens such as this have a hollow blade that contains another, smaller one that appears when the blade handle is pressed (spring system). Katar has been widely used in the Indian subcontinent during the 19th century (and even banned in some countries). Afterwards, they were made for decorative purposes, usually carried and donated as a status symbols.