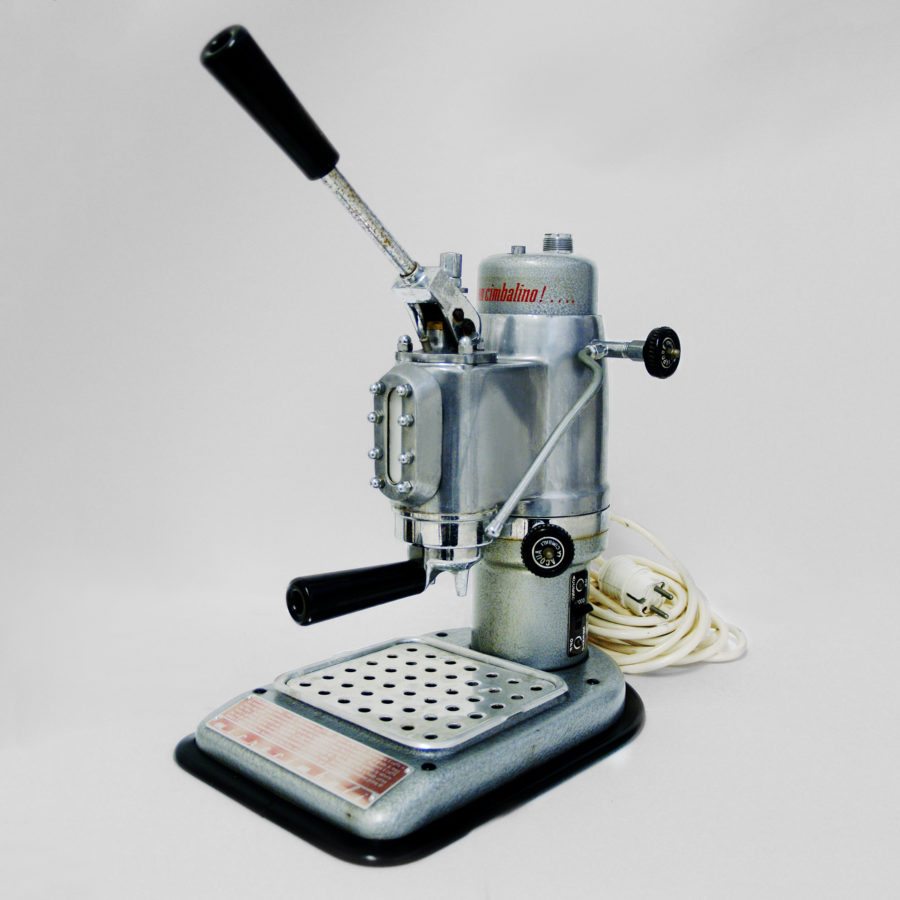 A standard espresso machine produces the pressure of 9 atmospheres. Practically, this pressure is equal to the pressure 9 times stronger than the one of the earth’s atmosphere on things and organisms on its surface. A cup of good espresso is made thanks to chemistry. It is the matter of making a good balance between the ground coffee, temperature and pressure. The battle for a good espresso is won at the molecular level. For this reason, technologies and techniques play a major role in making a perfect cup of espresso.

This item of the Museum of Yugoslavia can be “read” from two aspects. On the one hand, it represents the domination of technology over the traditional way of making coffee, which is a tendency that has spread on all aspects of private and public life in socialist Yugoslavia. Faith in progress, based on the progress of technology that will overcome the traditional way of life, is inherent in all societies in the post-war part of the 20th century, and it was especially pronounced as the leading factor in building a new socialist society. On the other hand, home espresso machine, like this one, was certainly a rare phenomenon in Yugoslav homes, and it was out of reach for an average Yugoslav citizen, primarily because of its price, which was indicative of a privileged status and lifestyle led of Josip Broz Tito.