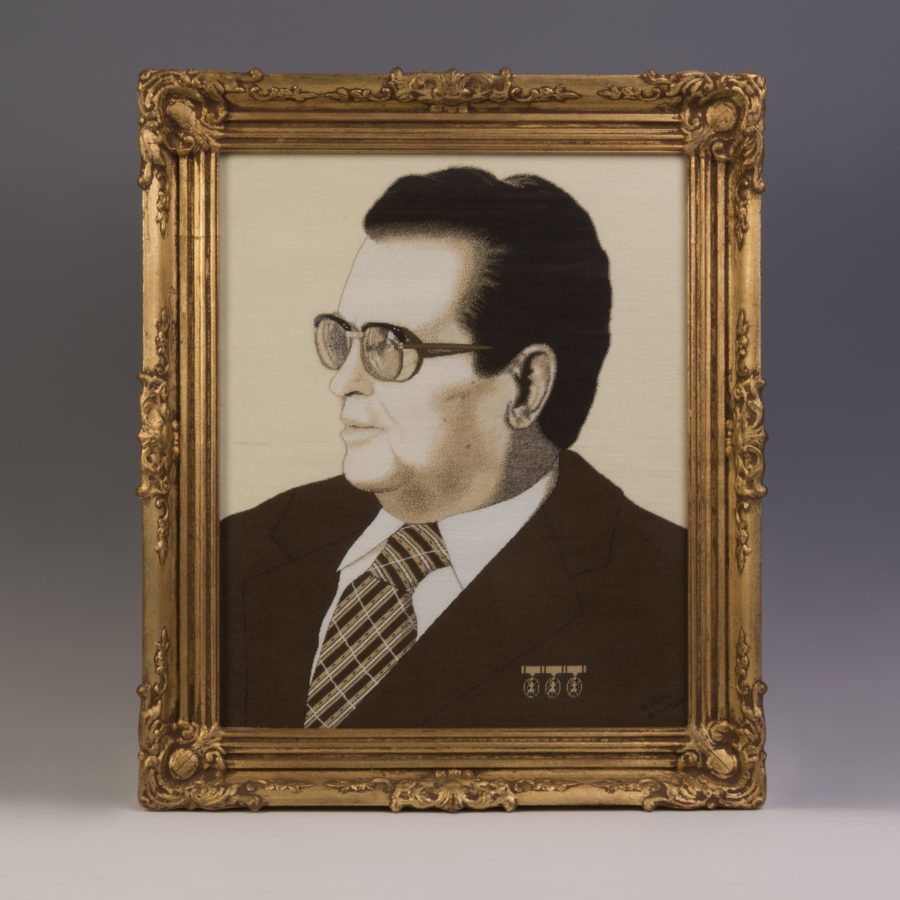 The needlepoint of Josip Broz Tito

The needlepoint is a part of a series of nine works, which Biljana Kecman from Banja Luka donated to the Memorial Center “Josip Broz Tito” in 1983, creating it, according to the dates, since 1974, for nearly a decade. They were probably made according to photographs from the press and were, atypically, very reduced in color.

Conveying black-and-white newspaper photos in a very different form, the focus on copying, signing each part along with a date, the ornate “golden” frame that would be expected on something completely different, the seriality – all those things together make this series of needlepoints, though devoid of any artistic pretensions, an opus that could have been made within the framework of postmodern art.

It also embodies the great effort invested in gifts that many citizens made and “sent to Tito”.