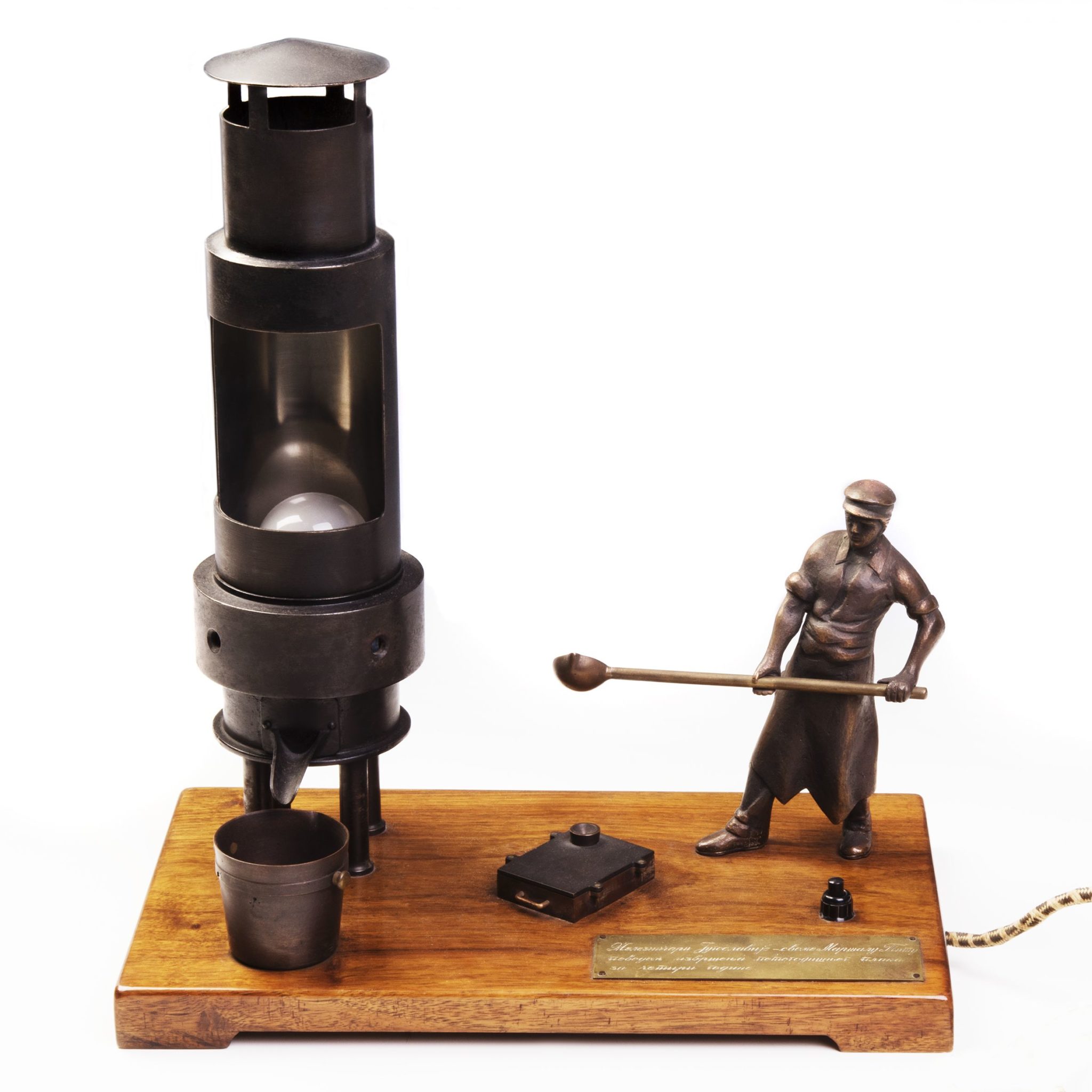 The molder statuette with the scale model of a melting furnace also has an operational function – it is actually a desk lamp. Museum documentation on the item contains very little information, and the major source is the text of the dedication. It states that the item is a gift from the railway men of Yugoslavia, who have met the objectives of the five-year economic plan in just four years. There is no exact information on the year when the item was given, but we assume that Tito received it no later than 1951, when the five-year plan actually ended. Combining information about the gifter, about the motif presented, about the operational function, and about the socio-political context of the period when it was given, it becomes a symbol of the rapid development of heavy industry (image of a molder and a furnace), electrification of the country (operational function), and development of railways and railway network (donor of the item). Bearing in mind the socio-historical context, this lamp symbolizes the end of the FPR Yugoslavia’s Soviet model of planned economy and the transition to self-management in organizing production.