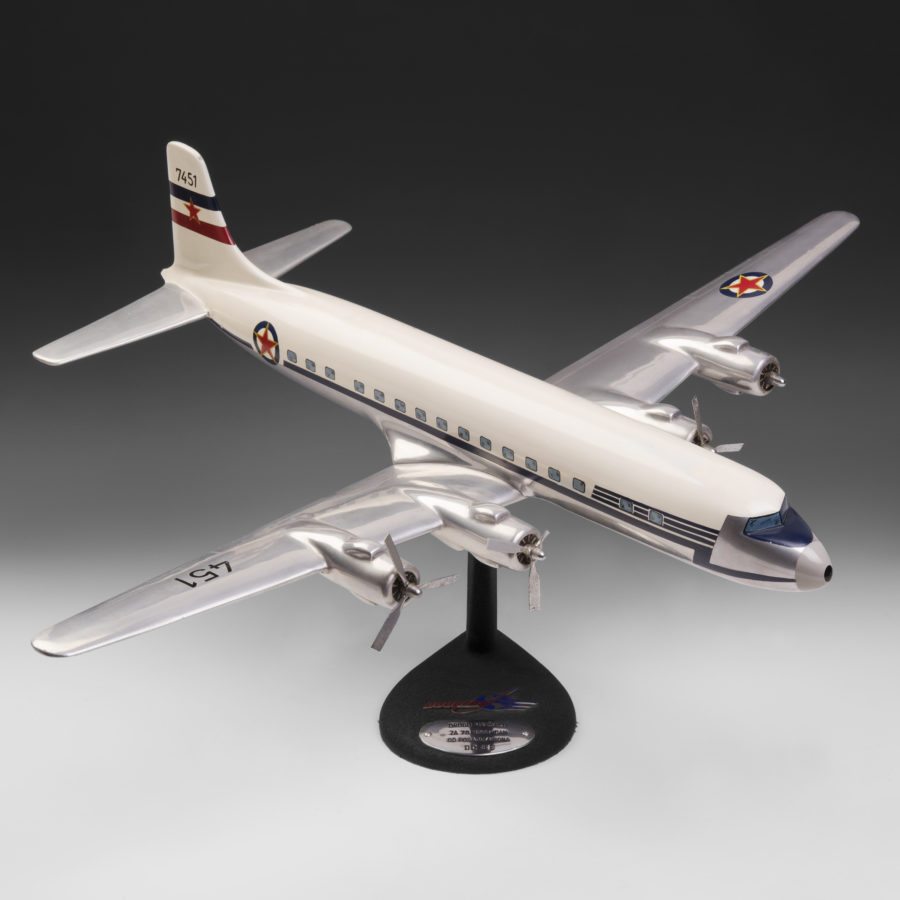 For his 73rd birthday, on May 25, 1965, Tito was presented with a model of the passenger aircraft Douglas DC-6B, as it says in the dedication by the crew of the aircraft. Basic data of the museum documentation did not provide more information. The study of the numerical code has found that it is the scale model of the presidential plane.

In 1958, Yugoslavia acquired two airplanes Douglas DC-6B from the Douglas Aircraft Company. Both planes supposed to serve the needs of the President and the Presidency of Yugoslavia. One of them (numbered 7451 and YU-AFA) was used exclusively for the needs of the President of Yugoslavia, Josip Broz Tito, while the other aircraft was used for commercial flights by Yugoslav Airlines. As well as the other means of transport, used exclusively for the needs of Josip Broz Tito, the DC-6B was filled with luxury and equipment that represented the pinnacle of technology at the time. Josip Broz Tito used this plane for 55 flights. This unique specimen of the DC-6B had an interesting history and is well known among collectors and aviators circles. After its use in Yugoslavia stopped, in 1975, the plane was sold for the purposes of Zambian President Kenneth Kaunda. After that, it changed owners, and since 2004, after a long and extensive restoration, the Douglas DC-6B, the former Tito’s flying residence found its place in the famous Flying Bulls fleet, of the company Red Bull.

The second copy of the airplane Douglas DC-6B, purchased in 1958, was very important for the development of Yugoslav Airlines (JAT), because it was used for the first intercontinental flights of the company.