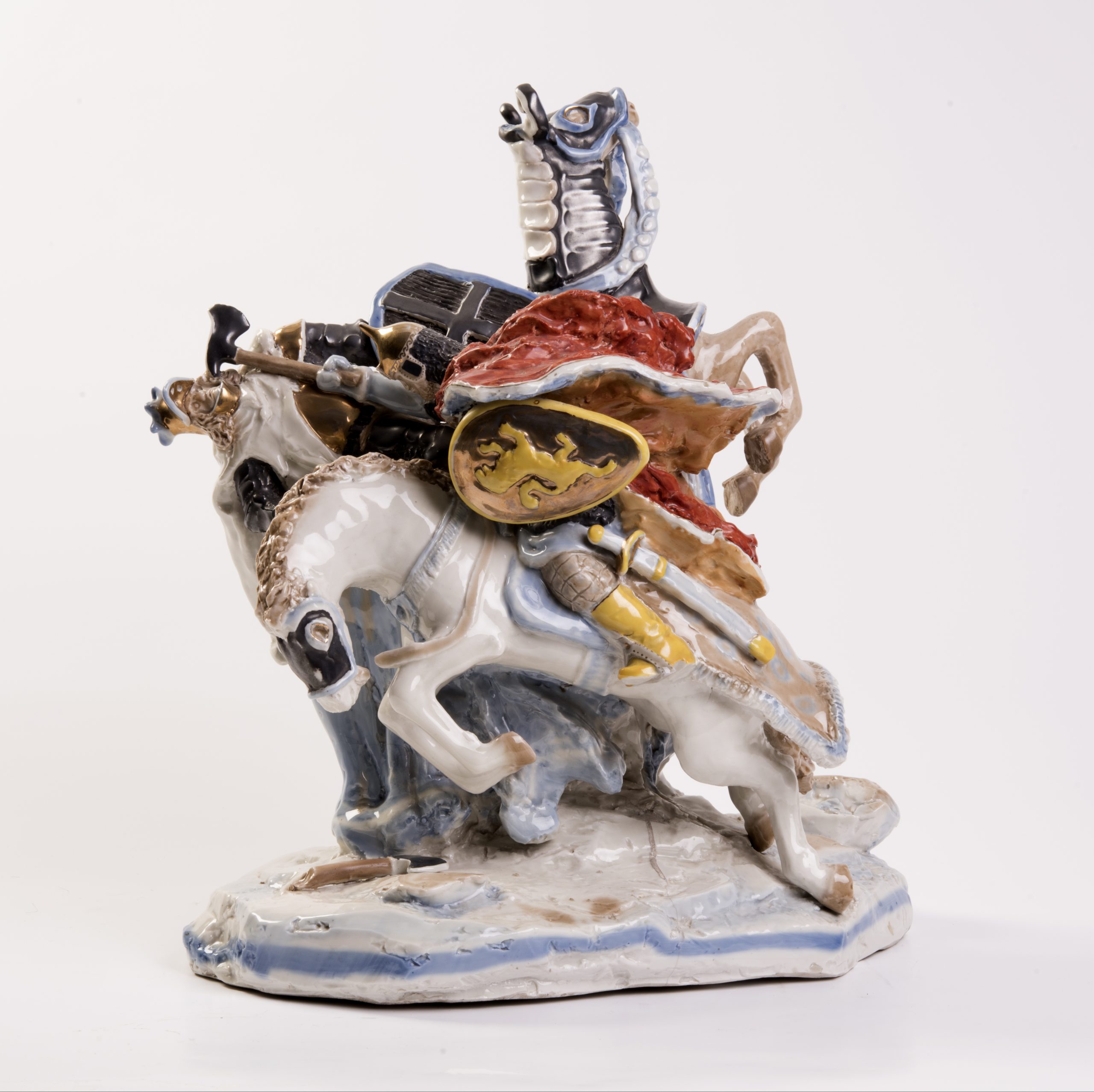 Stalin gave the majolica fireplace sculpture to Tito “for his services in the Second World War” as early as 1945. It most likely originated from the period after the October Revolution, when the topic of Alexander Nevsky, a fighter for the freedom of Russia, was very popular. Unlike the golden commander’s saber, which Stalin gave to Tito a year earlier with the same dedication, the sculpture “Duel (Battle of Chud Lake in 1242, between the Russians and the Teutonians)”, made in the famous imperial workshop from St. Petersburg, sends ambiguous messages. This depiction of the famous Alexander Nevsky who kills a Teutonic knight with an ax, director Dušan Makavejev interpreted as a clear Stalin’s message to Tito: “You are going to share its destiny by my hand.”

The conflict arose as early as 1948, when Tito repelled all of Stalin’s attacks on the work of the Communist Party of Yugoslavia. This split in the communist bloc also caused conflicts among the Yugoslav communists, which resulted in several thousand political prisoners and victims, especially in the infamous prison on Goli Otok.

In the fall of 1952, Yugoslavia and the USSR were on the verge of starting a war. Stalin had a plan of attack under the code name “Operation Yugoslavia”. Soviet army units also performed maneuvers on the border with Bulgaria. All units of the Yugoslav Army were on standby. At the last moment, the tension calmed down. This was one of the greatest temptations that Stalin put before Tito.

The warrant for “a gang leader Draža Mihailović”