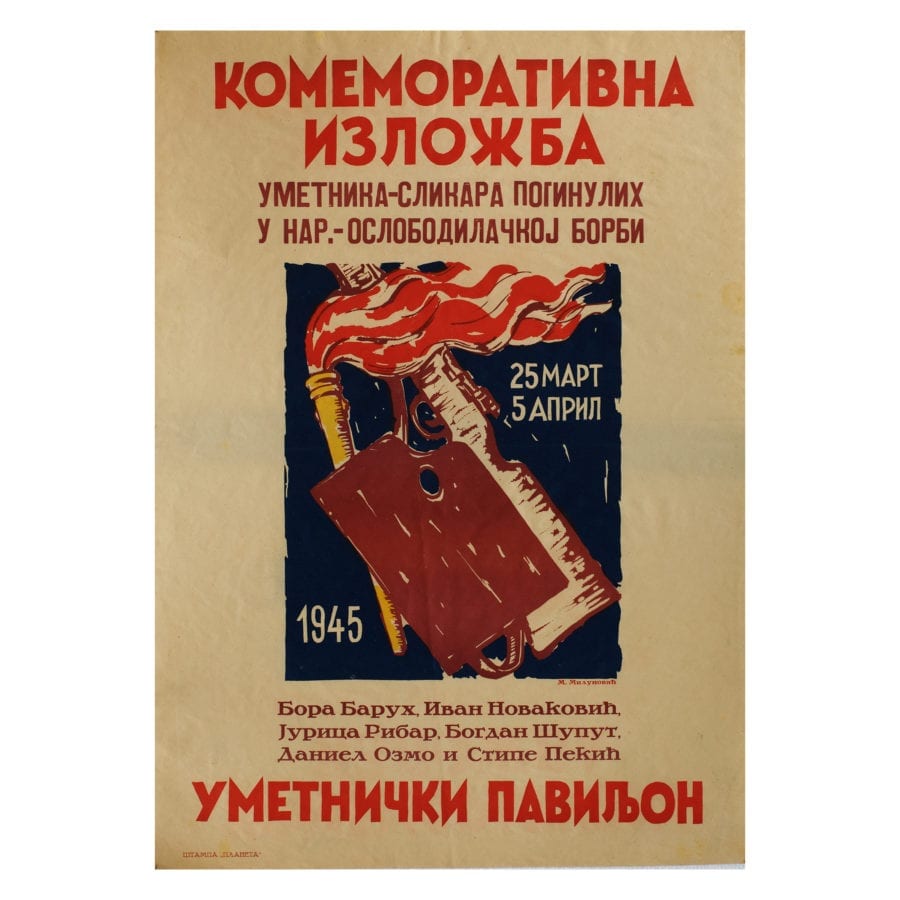 In March 1945, the Commemorative Exhibition of Artists – painters Killed in the People’s Liberation Struggle was opened in liberated Belgrade.

The poster, which is kept in the Museum of Yugoslavia, testifies to the desire of the new government to emphasize the all-Yugoslav character of the partisan movement, as well as to establish commemorative practices and mechanisms of memory before the official end of the war.