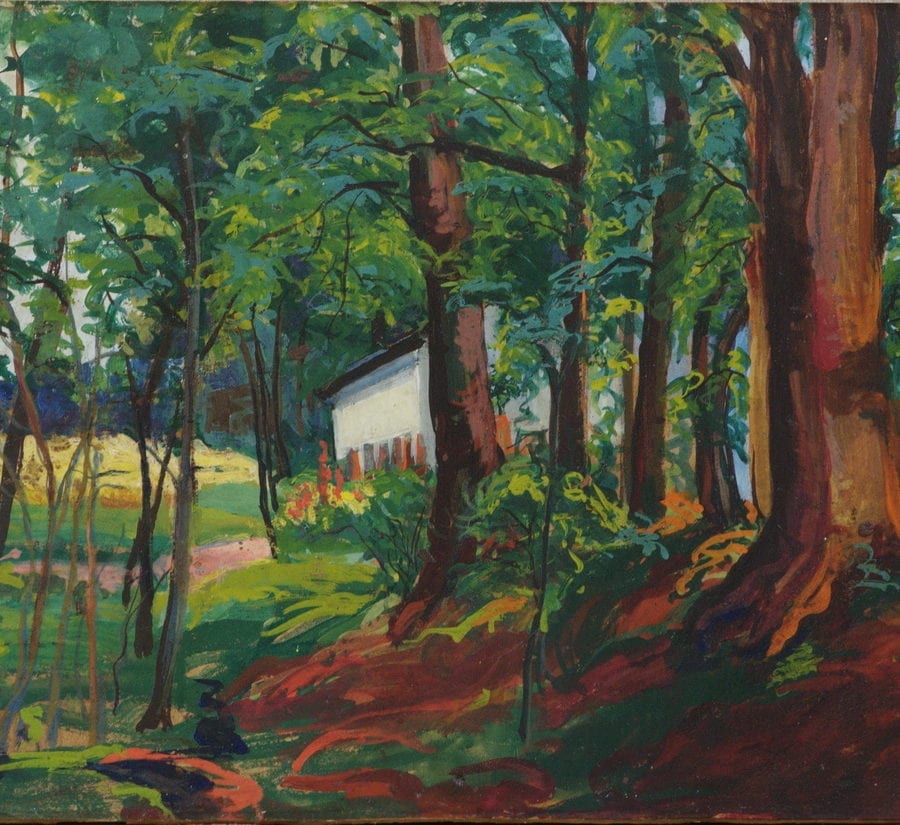 The painting Landscape II was not dated by Nadežda Petrović, as was her custom, but according to her characteristic, precise brush moves, it can be concluded that it belongs to the first Serbian period, namely the phase Resnik, where it was most likely painted in 1904.

Nadežda Petrović (Čačak, 1873–1915, Valjevo) was the most significant Serbian painter of her time. Being very socially engaged, she was active in the artistic circle that formed the cultural background of the creation of a common South Slavic state. The main idea of ​​this artistic movement was affirmation of Yugoslav cultural unity with a clear political aim that art should be a mediator in expanding and strengthening the idea of ​​bringing the South Slav peoples together, even before the creation of the first South Slavic state, in 1918. Nadežda Petrović was one of the most persistent people in regard of South Slavic cultural unity, through introductions, correspondence, meetings, organizations, artists and exhibitions criticism. As a nurse, she took part in the Balkan Wars and the First World War, during which she died from typhus.

She painted Landscape II in the year when the first Yugoslav art exhibition was held in Belgrade, in the context of the great state celebration on the occasion of the hundredth anniversary of the First Serbian Uprising against the Turks in 1804. The painting is a gift of the city of Čačak to Josip Broz Tito during his visit on September 24, 1959, and on this occasion it was written-off from the fund of the National Museum in Čačak.