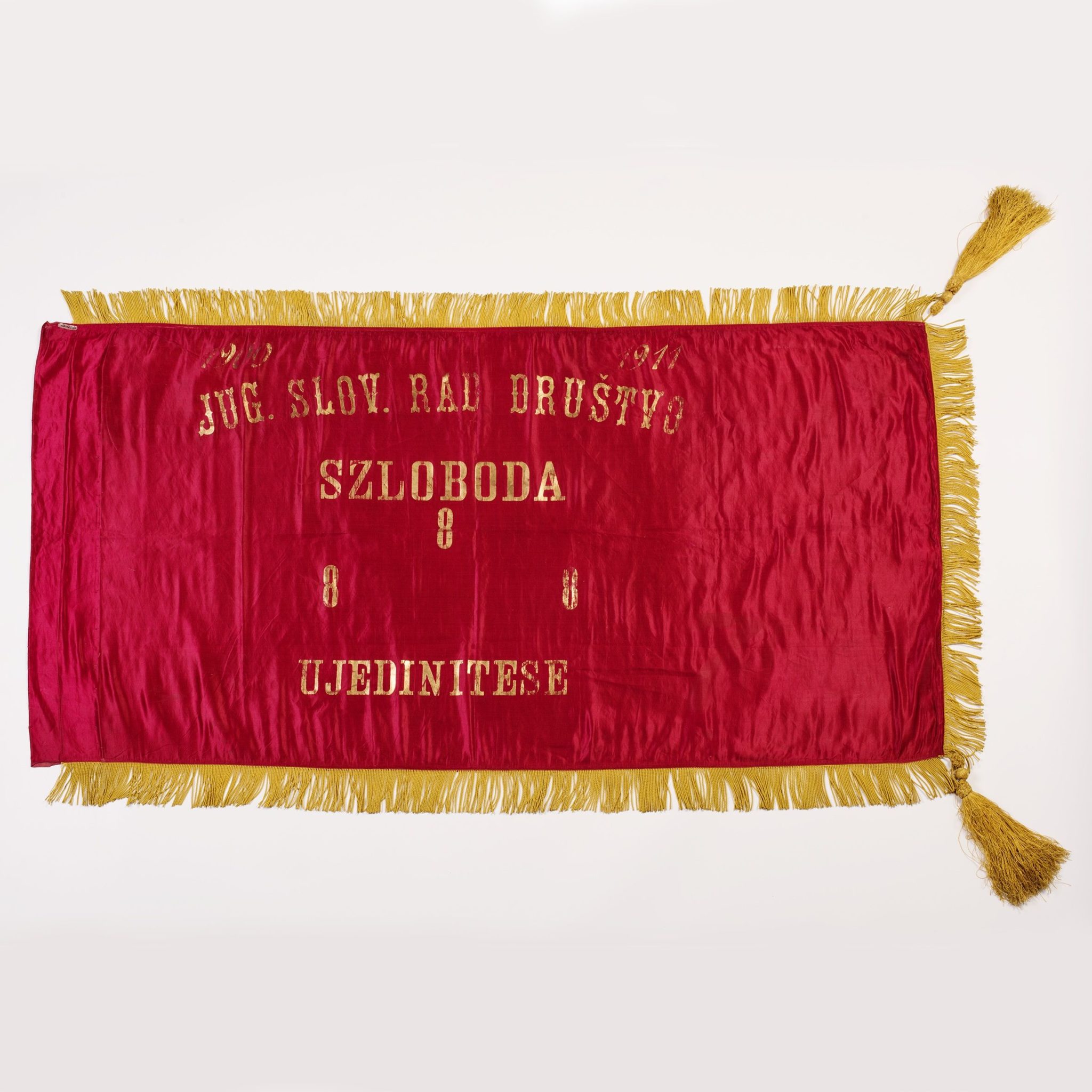 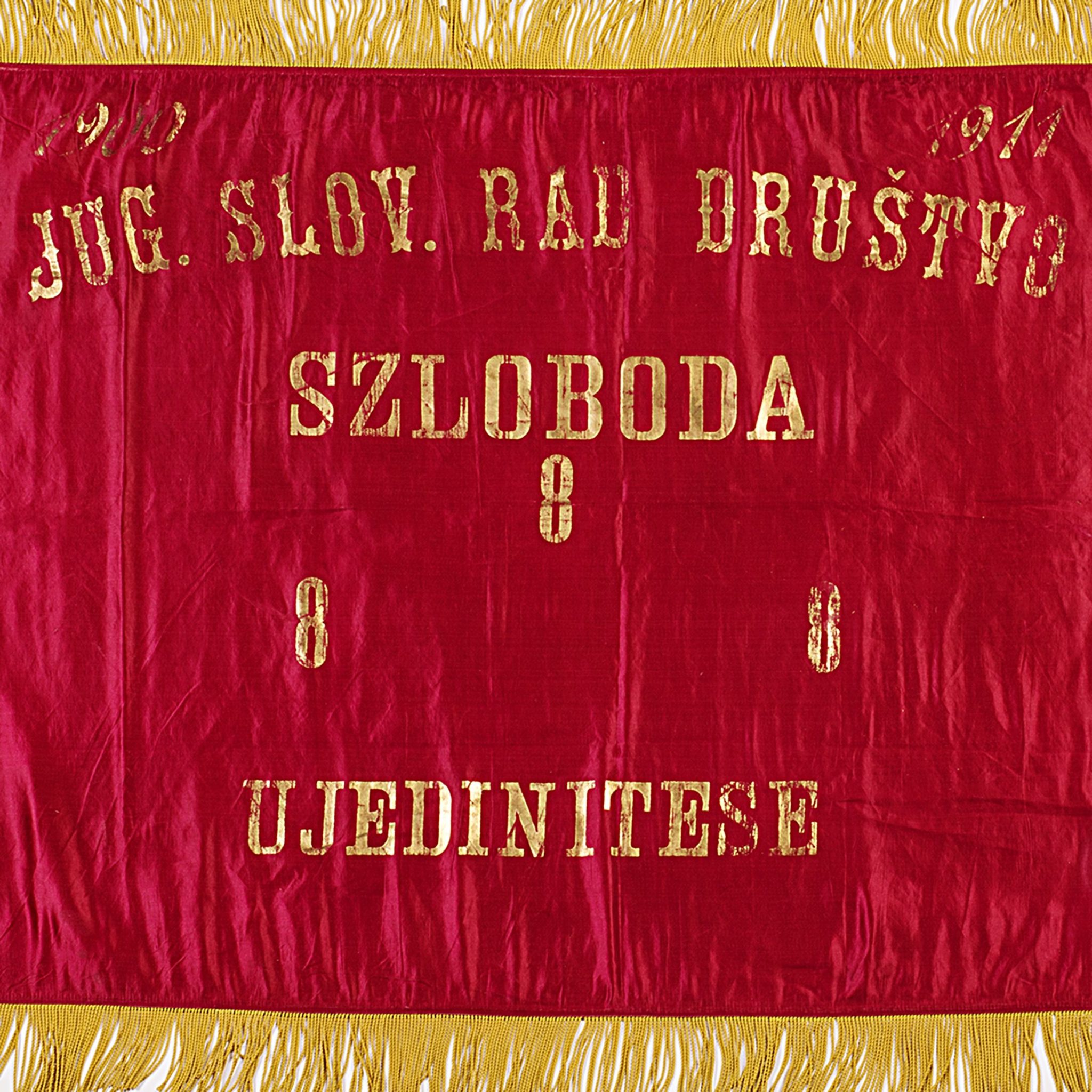 At the beginning of the 20th century, a large number of workers originating from Croatia, Slavonia, Dalmatia and Vojvodina worked in Austro-Hungarian monarchy and wanted to form a unified Yugoslav workers’ association. That initiative was the subject of public correspondence in the social-democratic magazines “Radničke novine” (Worker’s Papers) from Belgrade and “Sloboda” (Freedom) from Zagreb.

Social-democrats advised the workers to be included in the workers’ associations in the countries they lived in and to bring their experiences from the struggle for workers’ rights to their native countries upon return. They pointed out the most important condition for the success of the workers’ struggle – their unity. Thus, the Yugoslav workers demanding better working conditions and higher wages participated in strikes and demonstrations along with Germans and Hungarians.

This flag of a Yugoslav workers’ association with the inscription “888” refers to the motto: 8 hours of work, 8 hours of rest, 8 hours of education, as well as to conditions for which the workers fought in 1911.