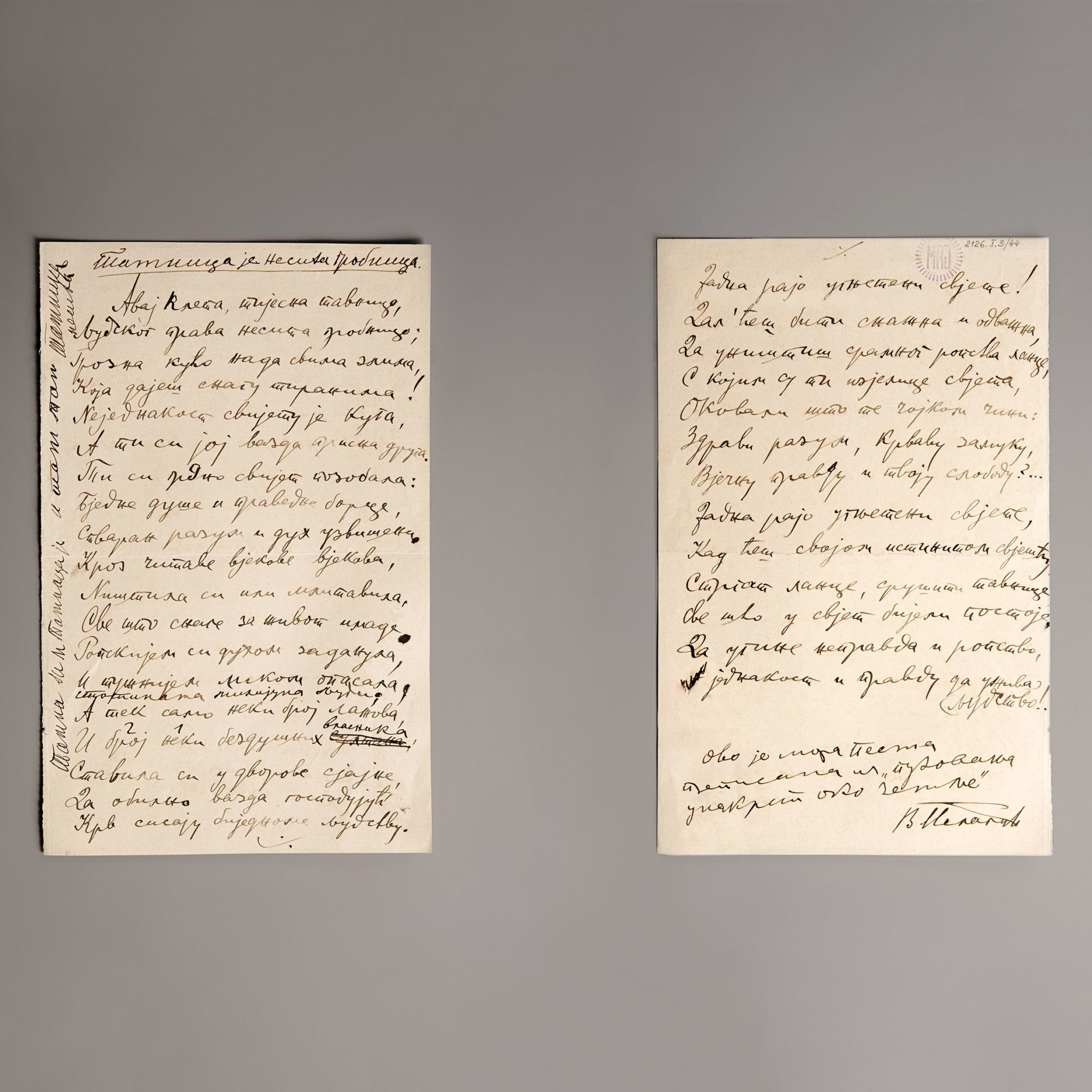 Vasa Pelagić (1838–1899), a fighter for national liberation, an advocate of ethnic and religious tolerance and equality, was one of the most significant South Slav social democrats of the 19th century.

He staunchly advocated freedom of the press, better position for workers, wider availability of education and culture for all, social equality, and he opposed all oppressors of the people. That is why he spent almost half of his life in exile or in prison. His suffering began in Sarajevo, in 1869, when he was sentenced to 101 years in prison and exiled into captivity in Asia Minor. There he wrote “Travels Crossways around the Country”, from which is the poem “Dungeon Is an Insatiable Tomb”. As he had not given up his political struggle in the meantime, the persecution and confinement continued even after he arrived in Serbia.