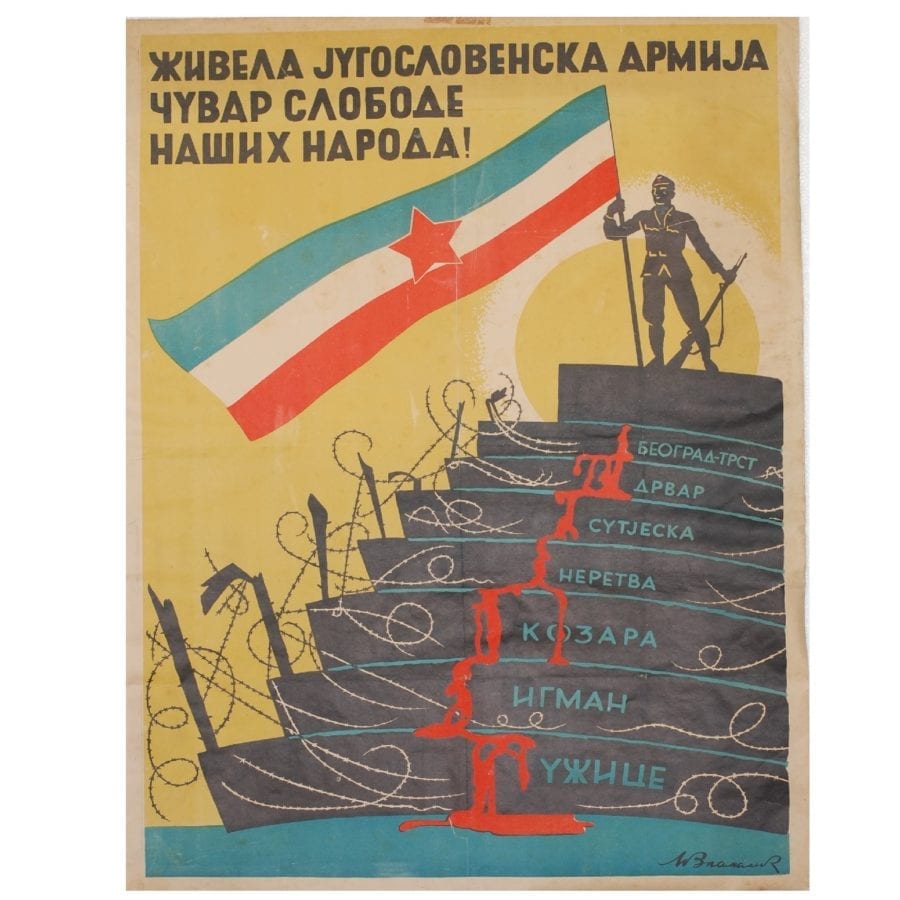 Poster “Long live the Yugoslav Army, guardian of the freedom of our peoples!”

Poster with the inscription Long live the Yugoslav Army, guardian of the freedom of our peoples! shows the path of development and victories through which the partisan forces grew until the formation of the four Yugoslav liberation armies.

As a member of the Propaganda Department of the Supreme Staff of the National Liberation War, the author, Matija Zlamalik, academic painter, immediately after the war made several posters, which marked that time. As one of the most prominent designers, he was part of the team that renewed the work of the Army Hall in 1946, so it is assumed that this poster was created in that period.