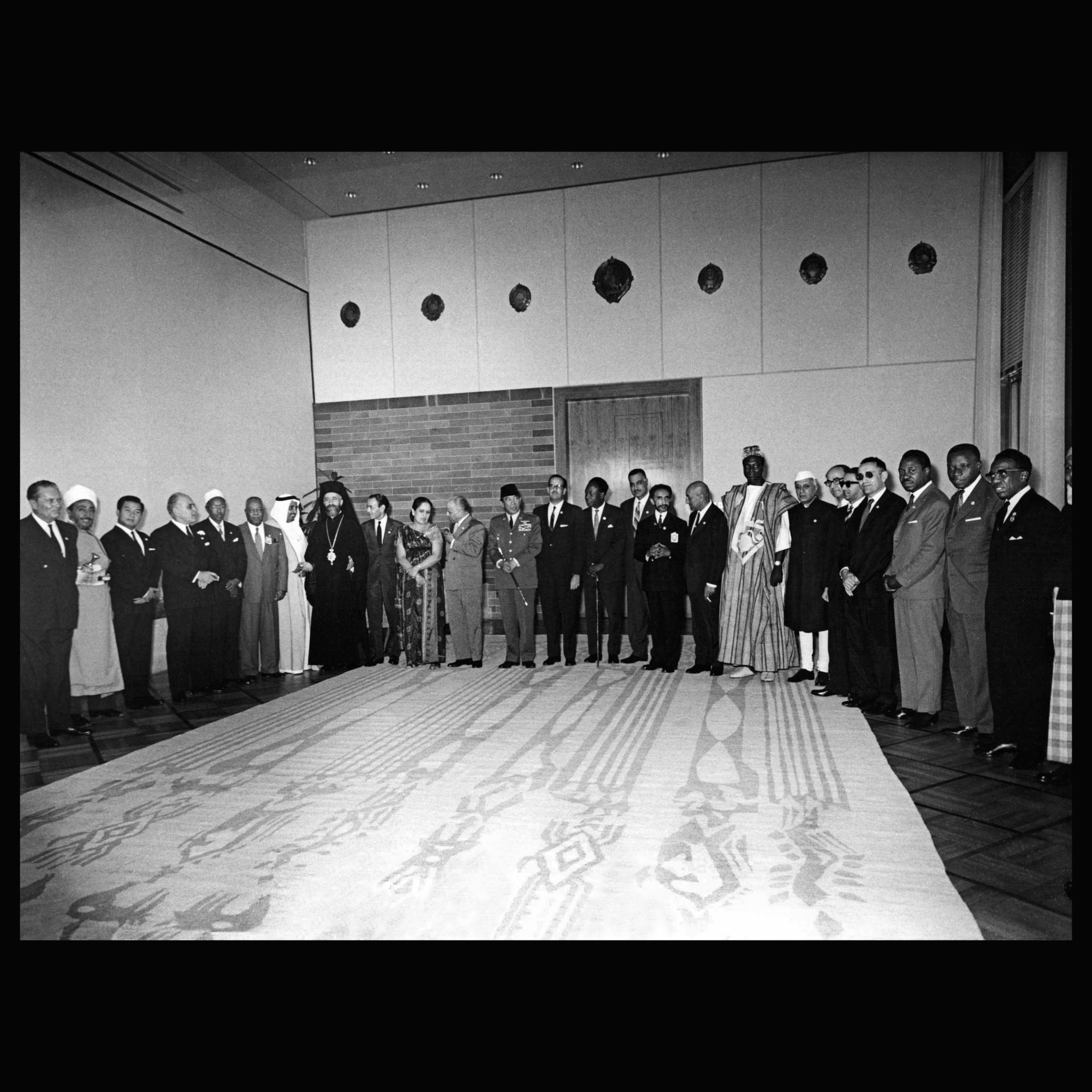 Heads of delegations at the First Non-Aligned Conference in Belgrade

A photo-reporter is likely to be given the opportunity to record in a single image a large number of historical figures once in a lifetime, especially if he comes from a relatively small developing country. This photo of the historic meeting, at the First Non-Aligned Conference in Belgrade in 1961, shows representatives of as many as 25 countries, some of which gained independence only a year before. The meeting place, the Federal Executive Council building (SIV), was opened for this occasion. An insight into the archive provides us with information that this photo was actually an assembly made of two negatives, in order to encompass all participants. But, even besides that, the Burmese Prime Minister U Nu did not manage to enter the shot.

The letter and the box with 59 badges